The Constitutional Court hosts a delegation from the Kyrgyz Republic

In addressing the delegation of Kyrgyzstan Aldis Laviņš, the President of the Constitutional Court, acknowledged: “Making the court judgement implementation processes more effective is an urgent topic for our Kyrgyz colleagues at the moment. I am convinced that by sharing our experience and giving valuable advice we can contribute to improving the situation. We particularly wish to stress that the implementation of court judgements is inextricably linked to the person’s right to a fair trial, as without it the other principles of fair proceedings are meaningless. The State is obliged to ensure that the person’s rights are effectively protected.”

The delegation includes enforcement officers, representatives of the Supreme Court, the Parliament, the government of the Kyrgyz Republic, as well as the representatives of bodies that control and supervise the activity of enforcement officers. The study visit is organised and financed under the EU project Promoting the Rule of Law in the Kyrgyz Republic, which is implemented by a consortium managed by the German Agency for International Cooperation (Deutsche Gesellschaft für Internationale Zusammenarbeit (GIZ)). 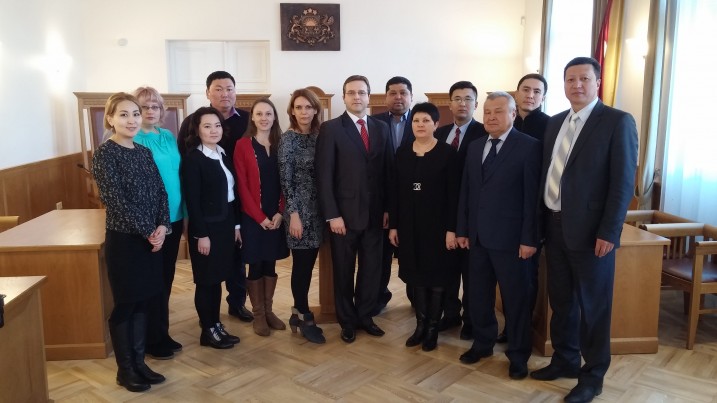