The conference is held as a tribute to Ruth Bader Ginsburg (1933–2020), Justice of the Supreme Court of the United States of America, who contributed significantly to the strengthening of gender equality and legal protection of minorities. In February 2020, Ruth Bader Ginsburg received the World Peace and Liberty Award, which is the highest award from the World Jurist Association.

Six panel discussions are planned as part of the conference. Day one of the conference was dedicated to Ruth Bader Ginsburg, Justice of the Supreme Court of the United States of America, and her contribution to the strengthening of the rule of law. On day two, panel discussions are planned on human rights protection in relation to the containment of Covid-19 infection spread, as well as on the independence of the judiciary, gender equality, protection of privacy, and cybersecurity.

The conference is attended by judges, lawyers, and law professors from over 50 countries, as well as invited guests from the International Criminal Court, the Court of Justice of the European Union, and the European Court of Human Rights. Also participating is the King of Spain, Felipe VI.

As part of the visit, the Constitutional Court President Sanita Osipova and Justice Gunārs Kusiņš will also visit the Embassy of Latvia in the Kingdom of Spain to discuss current issues of constitutional law in Latvia.

The programme of the conference is available here. 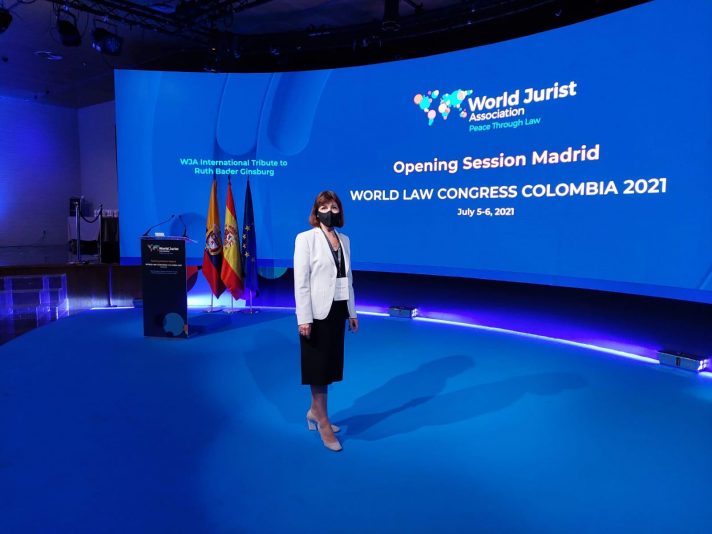 Photo: Constitutional Court of the Republic of Latvia.