On Friday, 21 May, the President of the Constitutional Court Sanita Osipova met with Christian Heldt, Ambassador of Germany to Latvia. The parties discussed the importance of a constitution and the values enshrined in it, accentuating the role of a constitutional court in the implementation of those values.

Sanita Osipova argued that, nowadays, society is united by the State. Therefore, bringing into reality the values enshrined in the basic law is key to the formation of a cohesive society. She also noted that the Constitutional Court of Latvia had started a dialogue with the public on a number of basic values, including human dignity.

Christian Heldt particularly highlighted the Constitutional Court’s dialogue with the school youth. It is essential that a constitution is explicated so that everyone can understand its content, he stressed. That is a prerequisite for constitutional patriotism. The German Ambassador agreed that a uniform understanding of the values enshrined in the constitution is exactly what forms a foundation for a cohesive society. 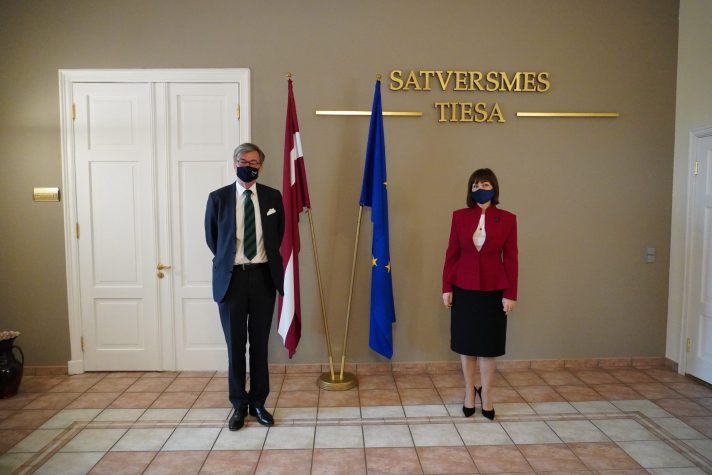 Photos from the visit are available here.